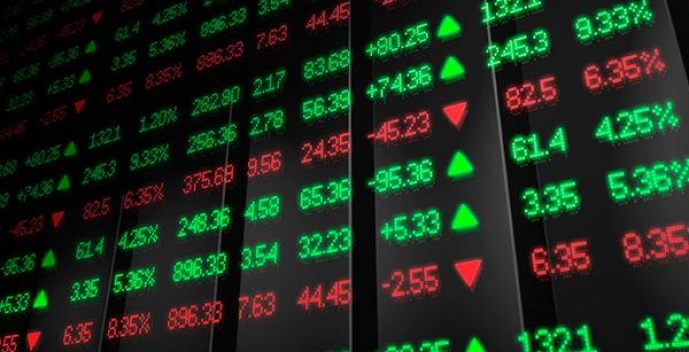 African stock exchanges provided high returns not long ago, but investors now have to contend with a sell-off in emerging-market stocks. They shouldn’t ignore regional strengths that may offer growth.

Emerging markets have had to deal with a major slump after what was a strong start to the year. But exchanges in countries such as Nigeria, Kenya and Egypt still promise returns more exciting than the JSE.

Both 2015 and 2016 were marred by slow growth on the continent, which spooked investors. However, markets were strong in 2017 and started 2018 in an even better position.

Last year was a great year for US markets — but many African stock exchanges offered investors returns in dollar terms that were even higher. Six African exchanges outperformed the tech-heavy Nasdaq, which soared 28.2%.

Exchanges across the continent last year recorded 28 initial public offerings (IPOs), which raised $2.9bn, and 98 further offerings, which raised $10.6bn, according to a PwC report on African capital markets.

The value of indices rose markedly. The biggest gainer in dollars was Malawi’s stock exchange index, which climbed by 56%. Other leading African exchanges included Ghana, up 43.8%; Uganda, up 30.7%; Mauritius, up 29.9%; and the JSE all share, which rose 29.7% that year.

The Zimbabwe Stock Exchange industrial index, which some analysts say is a dark horse, climbed 124.2%. However, in real terms, the Old Mutual Implied Rate (Omir), which is often used to value Zimbabwean positions, is measured at two, which implies a 50% discount on Zimbabwean assets. This values the local currency at 50c to the dollar.

Richard Ladbrook, a portfolio manager at Investec Asset Management, says: “Last year was strong across the board on the back of weakness in the preceding year.”

However, the picture has changed. “There’s been a sell-off in the past month, with expectations of less global liquidity,” says Ladbrook.

“Investors are pulling out of emerging markets and heading to the US; they realise they can earn attractive returns [there].”

Last week the Fed voted to raise the target for its benchmark interest rate by 0.25%, taking the target range up from 1.75% to 2%.

The Fed is likely to hike rates at least twice more this year and to continue to hike rates in early 2019, says Stanlib chief economist Kevin Lings.

Analysts say Nigeria and Kenya provide the most exciting returns for investors. In Nigeria’s case, this depends on the oil price. If the price remains where it is, Ladbrook says Nigeria should do quite well.

“The valuations are not too demanding and some shares are very cheap. [Nigeria should have] a strong second half,” Ladbrook says. Some banks in Nigeria have already done particularly well. The share price of First City Monument Bank, for example, was up 64% this year.

In April this year President Uhuru Kenyatta suggested Kenya could modify or scrap a law passed in September 2016 that capped commercial lending rates.

But though the aim was to help small traders gain access to capital at affordable rates, the cap had the opposite effect, as lenders deemed small businesses to be too risky to lend to, saying they could not price risk properly.

If this law is amended, Ladbrook says Kenya will get an injection of liquidity, which will boost its growth.

Stocks that have performed well in Kenya are Equity Bank, which is up 24% on optimism about the removal of that cap; KCB Bank, up 15%; Barclays, up 23%; and Standard Bank, up 17%.

And Kenya’s high rates of innovation are attracting investment.

“We like the mobile money space a lot and the best way to invest in this high-growth theme is through Safaricom Kenya and Econet Zimbabwe,” says Bandason.

Meanwhile, Egypt’s exchange has risen 36% in US dollar terms over the past year. The increase was mainly driven by currency reform and an improvement in macroeconomic policy, Bandason says.

When it comes to new listings Andrew Del Boccio, a capital markets partner at PwC SA, says MTN Nigeria’s upcoming listing in that country will be closely watched. He points to special purpose acquisition companies (Spac) listings as an emerging trend on African stock exchanges.

Spacs are buyout companies that raise funds on the market to acquire assets. Last year Namibia had its first Spac listing.

Zimbabwe, where Robert Mugabe was deposed last year after 37 years as president, is an interesting investment case. The economy grew in value by 2.9% in 2017 after a paltry 0.6% gain in 2016.

Much of the high growth recorded in the exchange in the year was later wiped out. But in May, the exchange’s top 10 index jumped 10.3%. Analysts forecast greater growth still.

“Zimbabwe has its highest chance of a positive outcome, [but] a lot depends on credible, free and fair elections,” says Bandason. “We have always taken a long-term view on Zimbabwe, preferring to look past the political noise and focus on identifying corporate champions that can generate shareholder wealth no matter the environment.”

But Ladbrook warns that investors will struggle to convert Zimbabwe’s paper profits into money. While the country has done well, those numbers don’t count, because of its currency being dollarized, he says.

“You can’t get those dollars out of the country or translate that to paper. Instead, those returns are used to buy assets in property or shares of a company. These are not real returns — they cannot be realised or converted.

“They are fictitious,” he says.

DirectFN “We are making history together”